The New Version of the Micro V2 Bit Programmable Board 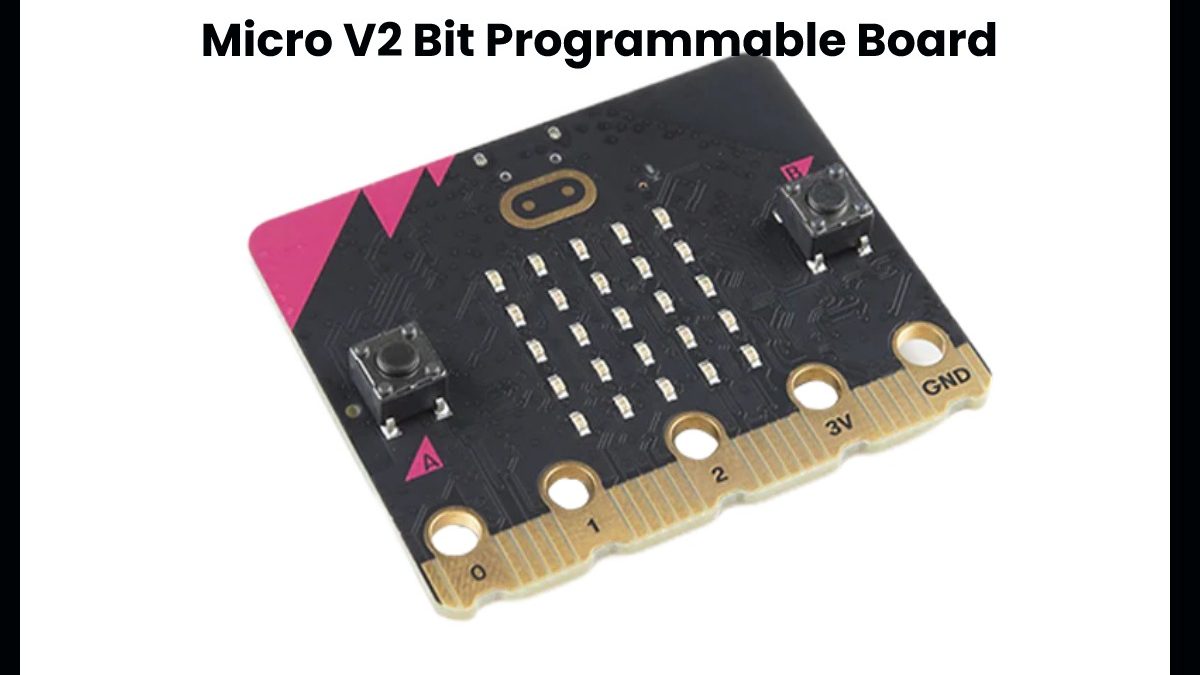 The Micro: bit Educational Foundation announce at the end of 2020 the launch of the new version of its Micro: bit programmable board, which they have called V2. In Program Amos, we have already had the opportunity to play with these plates, and we have prepared several tutorials to show some of the many didactic possibilities they offer. Today we begin this series of articles with a review of the novelties that V2 incorporates.

The V2 boards incorporate a microphone, which allows the Micro: bit to respond to sounds in the environment and react appropriately by running different programs depending on the sound level. For example, the following video shows plates that react when you hear slaps:

A fascinating detail is that every time the board is listening to capture sounds from the environment, an LED in the form of a microphone is lit so that aspects relate to the privacy problems generated in our homes by devices with listening capacity can be introduce into the classroom in a natural way, such as virtual assistants or smart phones themselves.

The V2 boards incorporate a speaker that can emit sounds, which stimulates the students’ creativity, especially in early courses, and allows them to connect the programming with artistic areas.

For example, the following video shows a micro: bit plate that mimics the sound of a bumblebee when flying.

As you can see, the board has been program to modify the frequency, tempo and volume of the sound depending on the movement:

The combination of the microphone and the speaker allows free rein to the imagination almost without limitations.

So, for example, we can program our plates so that when someone talks around them. The Micro: bit tries to imitate the rhythm of the speech. Almost as if it were a virtual parrot:

The first version of the Micro: bit feature two buttons that can be used as data input to interact with the board.

The V2 also has a new touch sensor on the logo printer on the panel. Allowing this same type of interaction.

For the boards to run more extensive programs to solve even more interesting problems, the processor (Nordic nRF52833) has been update. The Flash ROM memory (512KB) and RAM (128KB) has been increase. The Bluetooth connection (5.0) has been improve, and a new bus for peripherals has been incorporate.

In this way, programs that require greater power can be execute. For example. To perform tasks relate to artificial intelligence. And new, more advance external elements can be connect.

Micro V2 Bit Programmable Board. In the following publications, which have been the basis use to document our article. You can find much more information and a section of frequently aske questions that will allow you to know all the details of this new version.

Of course. V2 boards also have their radio transceiver. So you can continue using them to learn about the world of communications networks, as proposed in the book (free, free licensed) Networks with the Micro: bit.

Review The New Version of the Micro V2 Bit Programmable Board. Cancel reply

Cost of SEO-Oriented Articles For Blog